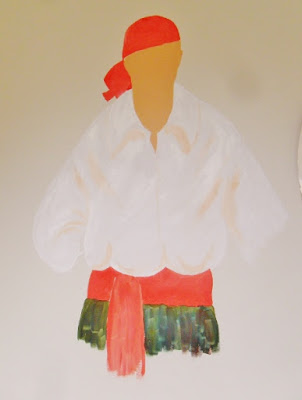 I started on a mural of music hall entertainer Billy Merson yesterday at The Malt Cross, Notingham. The Malt Cross is a former Victorian music hall which, these days, is a magnificent café bar and creative space right in the heart of Nottingham. 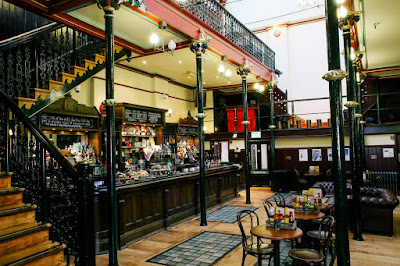 In October 2014 the Malt Cross reopened after an extensive refurbishment including a complete transformation of two basement levels, which have been transformed into workshop space, which offers an exciting program of arts and crafts workshops, a new gallery and a rehearsal room for use by local bands and musicians.

Billy Merson began his show business career while working in a lace-making factory and performing shows as an acrobat and comedian in the evening at the Nottingham Theatre Royal. He wrote many songs including 'The Photo of the Girl I Left Behind', 'Desdemona' and possibly his best known song 'The Spaniard That Blighted My Life' which was made popular by Al Jolson. 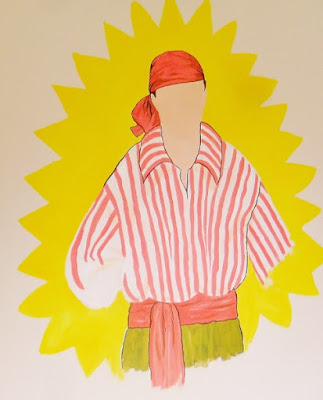 I painted about a third of the mural yesterday, but as the work is on the lower level, the walls seem to have a bit of a dampness about then, being below ground, so the paint was taking quite a long time to dry, which is unusual for acrylic. As you can see I have the face still to do. Billy is also holding a ukulele in his right hand, which has to be put in also. I think I will also be putting his name in big fancy lettering to add a bit more colour to the mural. I am going back on Friday to do some more, so I will post an update then. 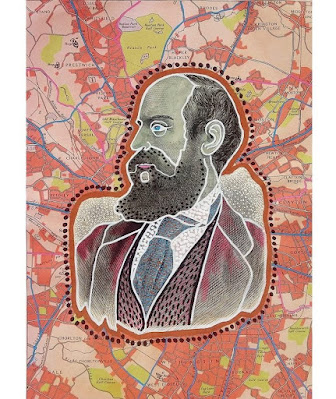